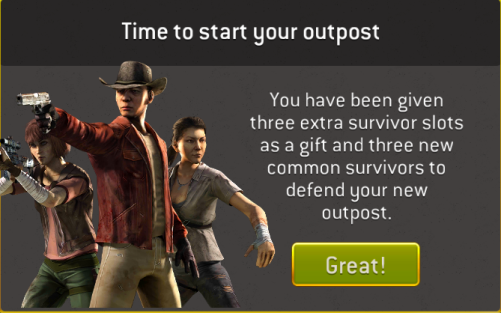 At this point, you still can’t be raided (or raided, I think). If you go to the Outpost section in your Mission Hub, you will be taken to this screen which will allow you to Raid and be Raided.

This will begin the setting up of your Outpost. You will first be asked to choose a Location for your Outpost.

You will probably only have two Outpost Maps available to use on Defense. Upgrading your Outpost Building will unlock the ability to use more maps, and thus put more Armored and Tank Walkers in your Defensive setup.

Once you pick your Defensive Map, you will then be taken to your Outpost Editor. This allows you to change where your Defenders and Walkers are located.

You aren’t allowed to customize your Outpost until you reach Level 3 Outpost Building, so you should hit “Place all defenders” to have the game set up your Defense for you. 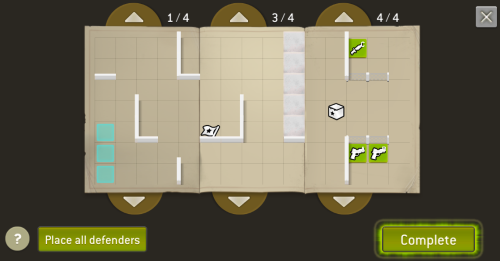 Once you’ve done that, you can hit “Complete”, and you are ready to Raid and be Raided!!

On your Mission Menu, tap on Outpost. 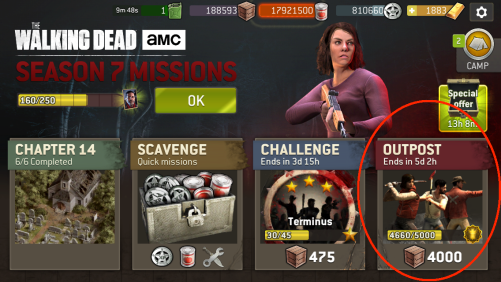 This will take you to the Outpost Menu… 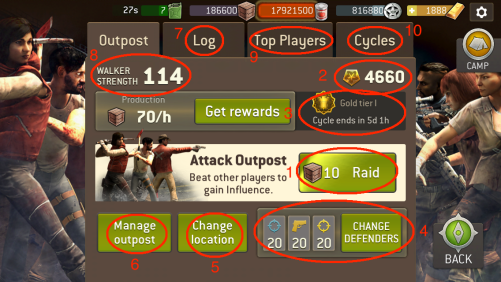 There is something else you may see on your Outpost Menu…

If you’ve been attacked AND LOST INFLUENCE, the Shield will protect you from being Raided again for 8 hours. If you Raid another player, your Shield will be deactivated, and you can be attacked again. You can only be attacked when you are offline; when you are online playing the game in any mode, you can not be Raided (in theory). If you try to Raid while under the Shield, you will get this screen: 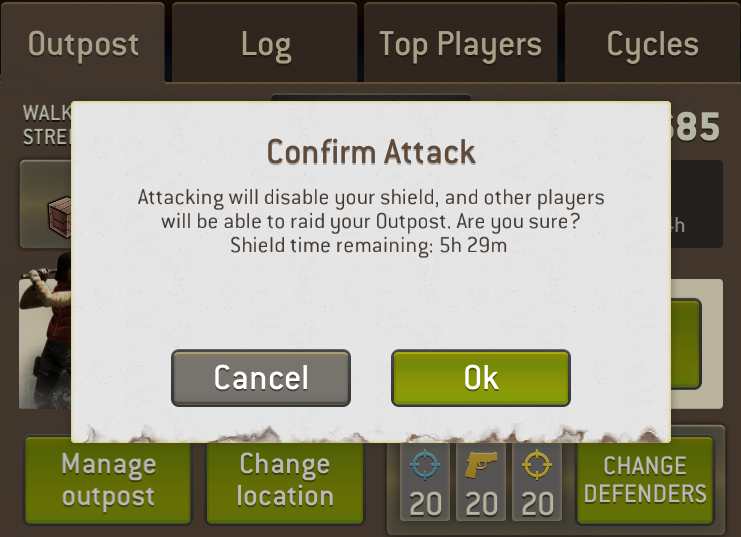 A Cycle is a two week period in Outposts. For each Cycle, the “Top Players” section will show who has the most Influence for that Cycle. At the end of the Cycle, players earn Trade Goods based upon their Influence Rating. At higher levels of Influence, your Influence may reset to a specified value, but only above the Gold Tiers. Here are the Influence Tiers, reset values, and Trade Good Rewards. 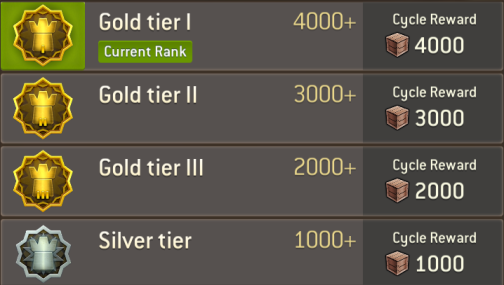