Here is some information (and a few tips and strategies) for the Ka-Boom Challenge. Use this information, try some of these strategies if you want, or develop your own and see what works best. Using your best Survivors will usually give you the best chance at earning more stars, so work with what you have!!

First, here is the Spawn Block video for these maps: 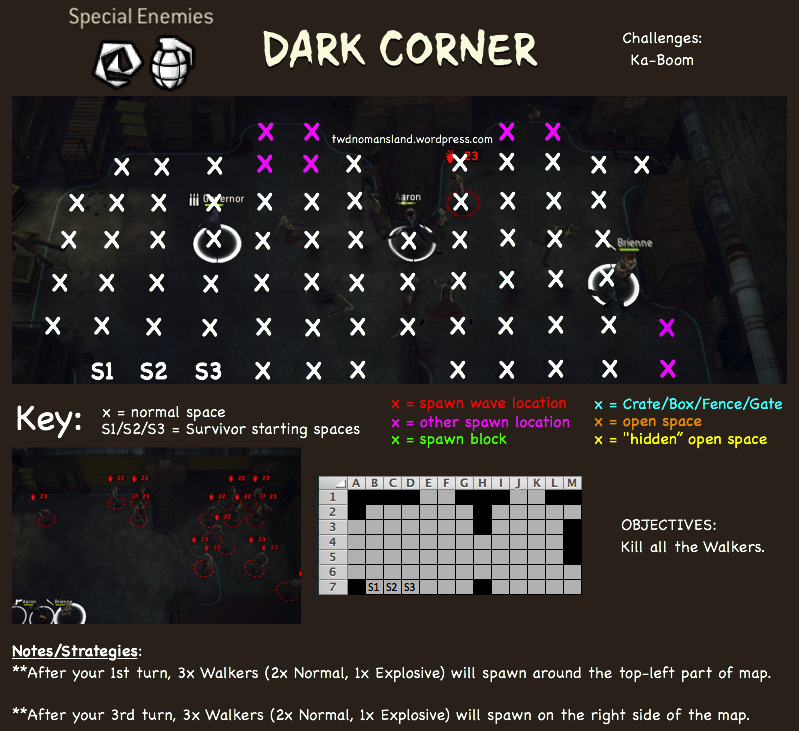